To Nayong Pilipino with New Friends

It’s been a while since the last time I’ve been to Nayong Pilipino. My last visit here was with some youth members of our church. If I remember it right it was somewhere in September too, 2010.

This time I’m with new friends. Jeanette, Krisette, (we’ve already been to other places before and I guess this is our 4th time together) Earl, a student from La Salle taking up Industrial Engineering and Cherry, a businesswoman in San Fernando, Pampanga.

First thing that differs from before is the entrance fee, if my memory serves me right, the entrance fee back then was only PHP25 and now it’s PHP50 and that made me more curious about what made the difference.

Upon entering, I could remember very well that the entrance was formerly from different location. It is now located at the farther side of the car park and it was previously in front of the main entrance. There were new buildings too. I could see new model houses,  I saw two-storey houses made up of bamboo, I loved the goldfish pond there too and a lot more.

What else to see:

Aeta Village – A small village representing how our Aeta ancestors used to live. There are some small model houses, cookery, wood carvings, and replicas of the Aeta people.

Ifugao Village – a small representation on how the Ifugaos lived. How their houses were built (their house are comparatively higher than the Aetas’), one reason is to prevent burglars from coming up their houses.

Museum – where you can see the utensils, weaponry, armory, and the craftsmanship of our ancestors.

Cultural and Educational Activities – are normally open to the public. There are function halls where educational activities are being held.

To sum it all, we enjoyed the visit. There weren’t much people there though, there were some students, some visitors, September anyway is not the season where these kind of places get crowded. 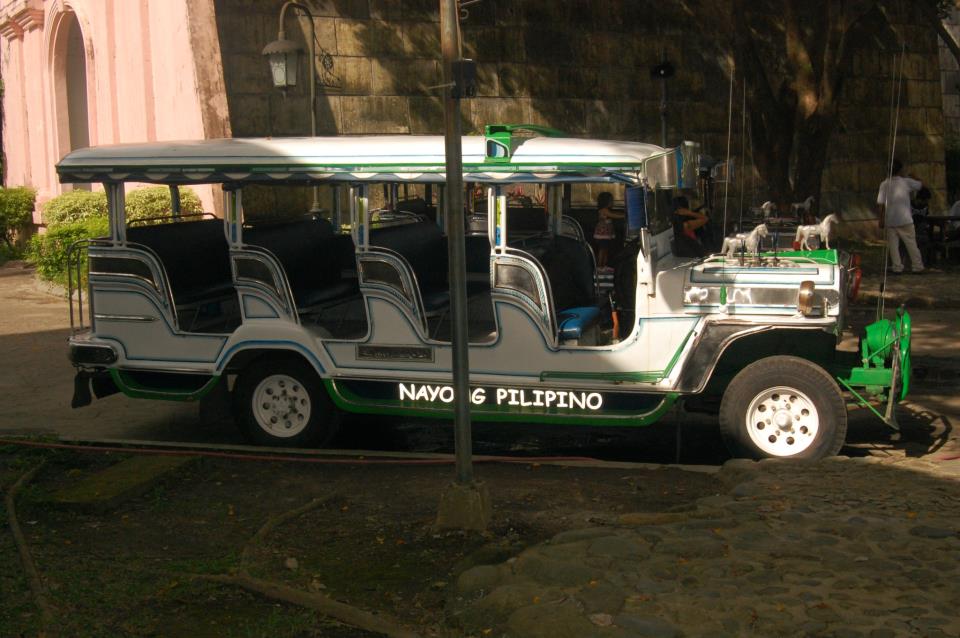 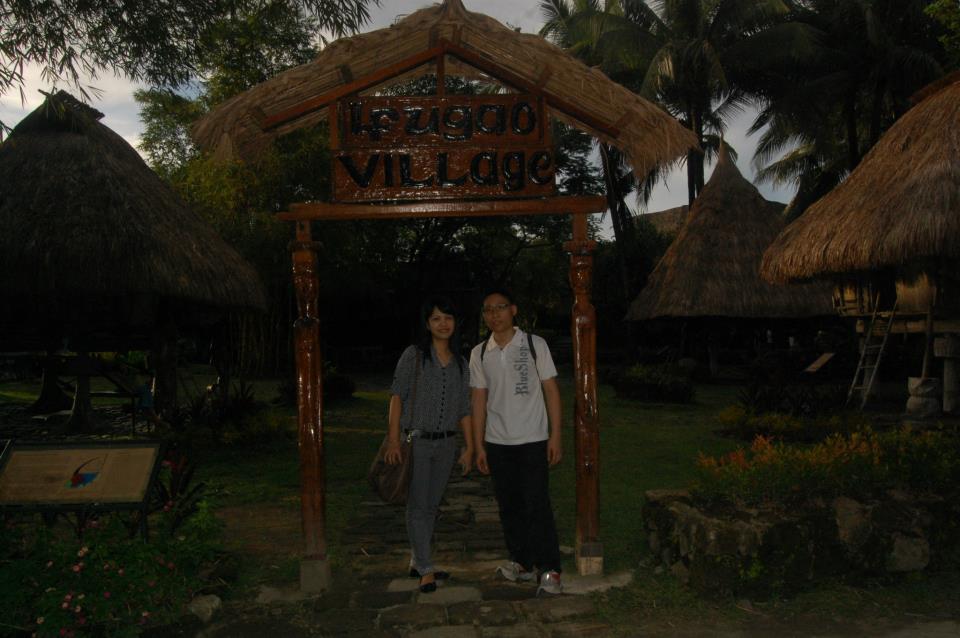 Jen and Earl at the entrance to the replica village. 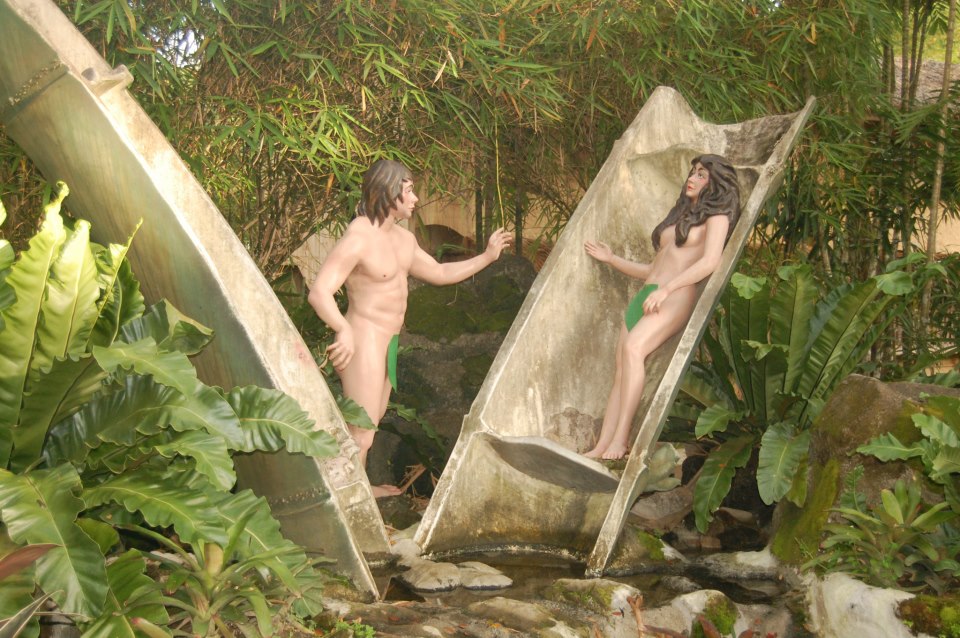 Nayong Pilipino’s version of the Philippine folk tale Si Malakas at si Maganda, who, apparently are the ancient origins of man. 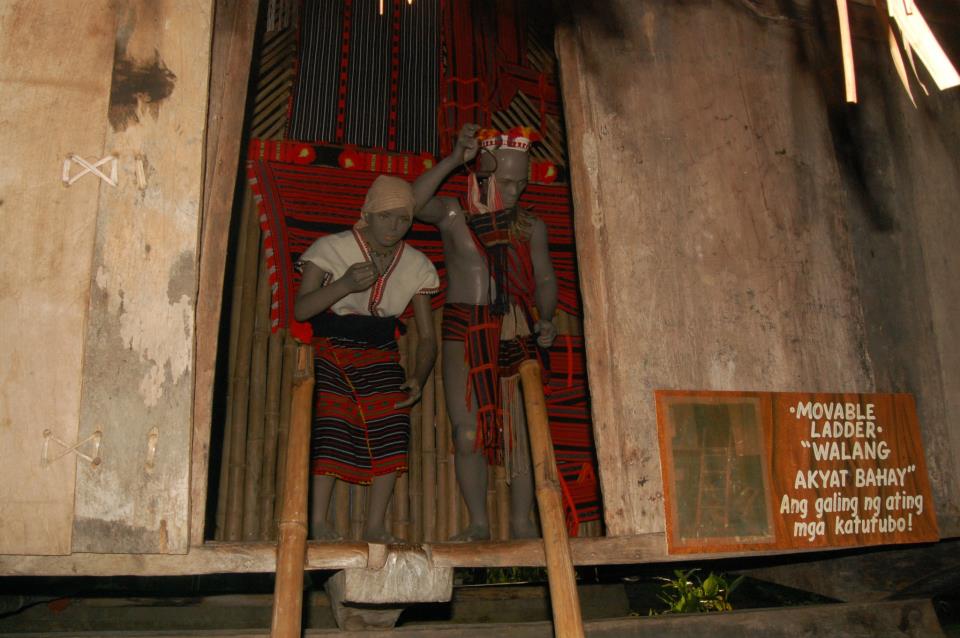 A wood replica of the Ifugao people and their traditional wear. 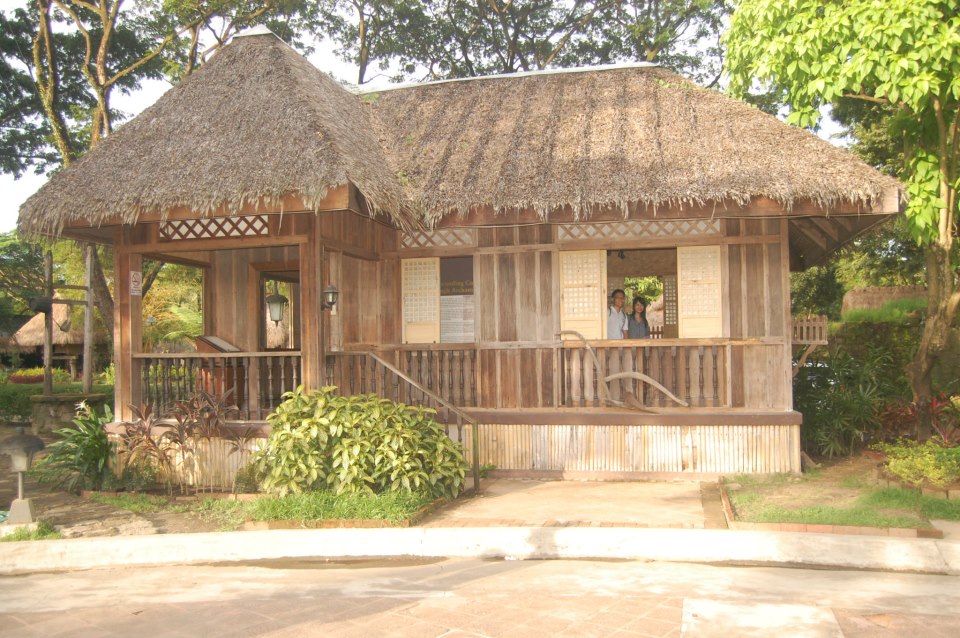 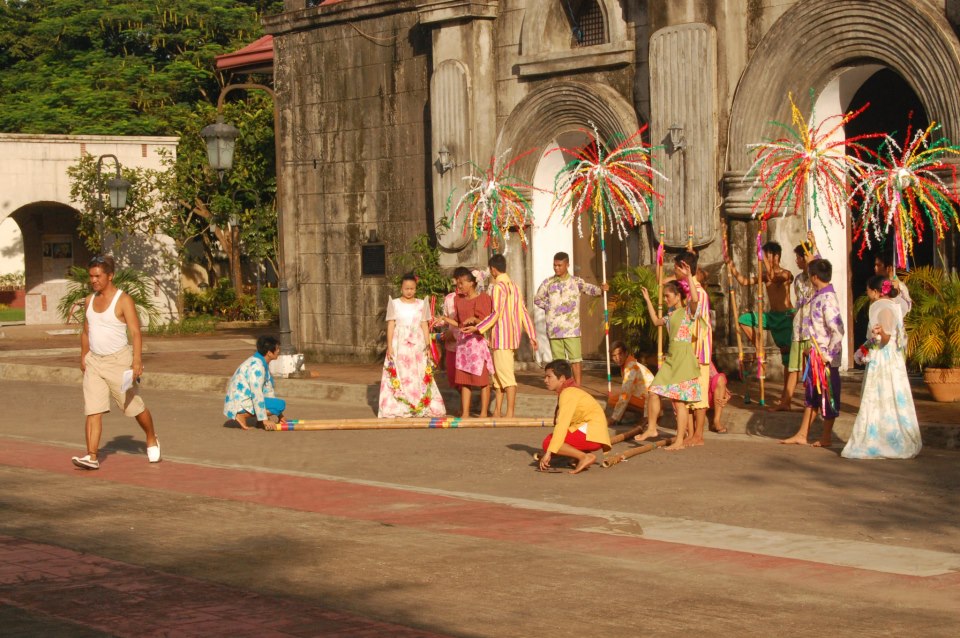 Students rehearsing the Philippine National Dance, Tinikling which they performed at the Function Hall in-site afterwards. 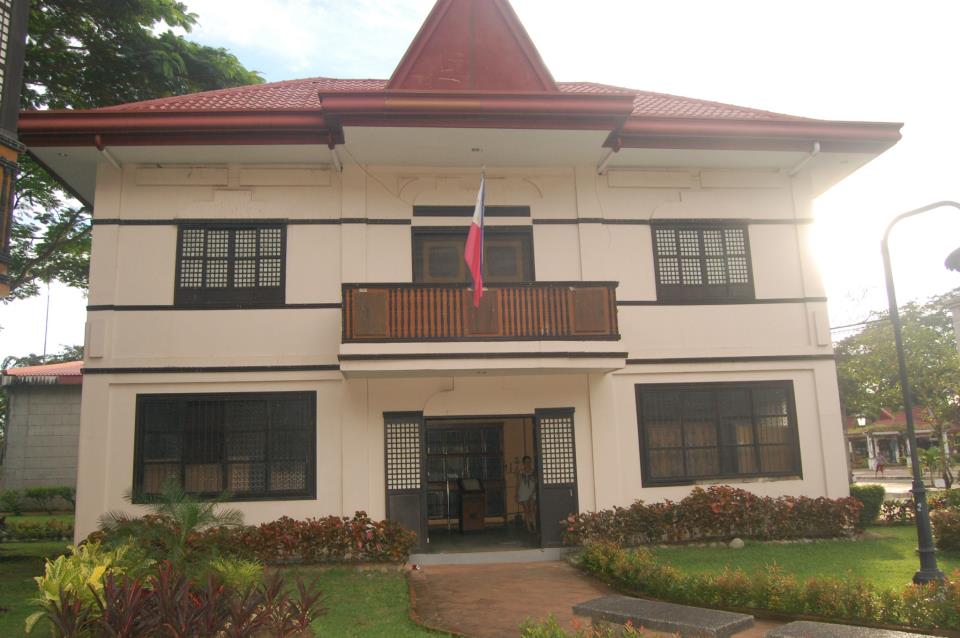 Replica of Aguinaldo Shrine where the first Philippine national flag was unflured and waved to the jubilant Filipino crowd. 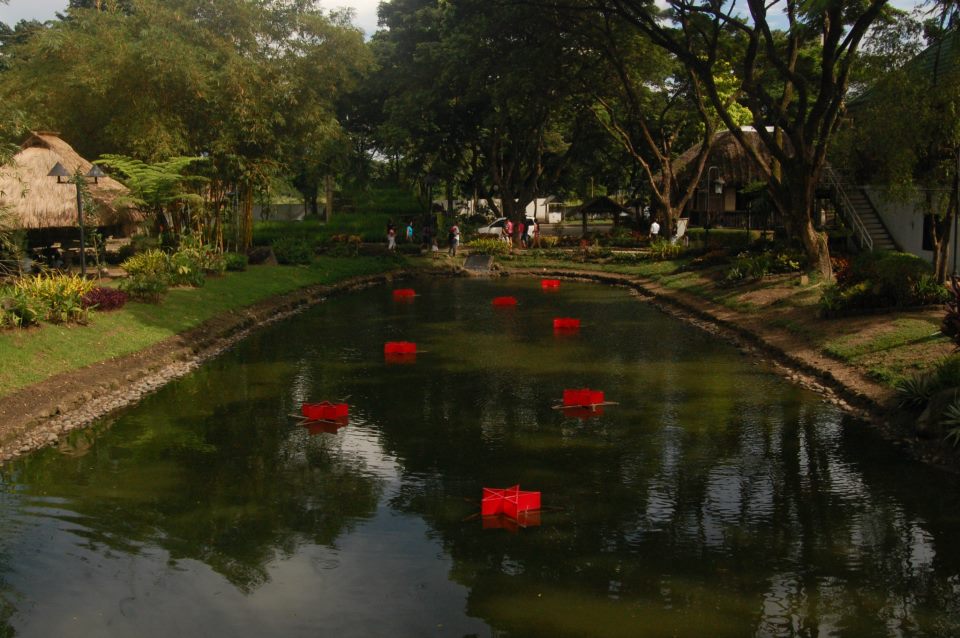 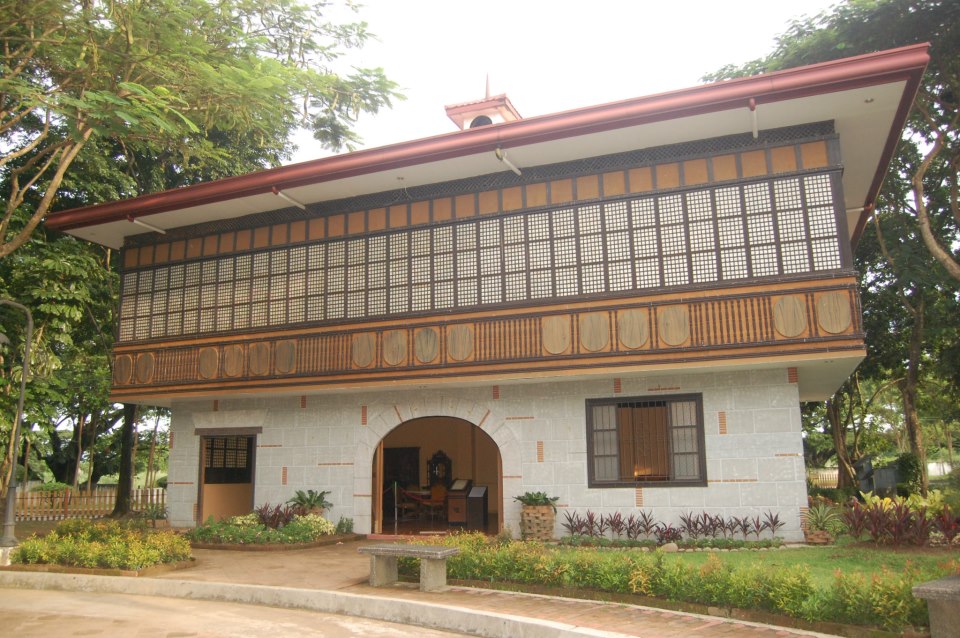 A replica of the late Dr. Jose P. Rizal’s house in Calamba, Laguna, the Rizal Shrine. 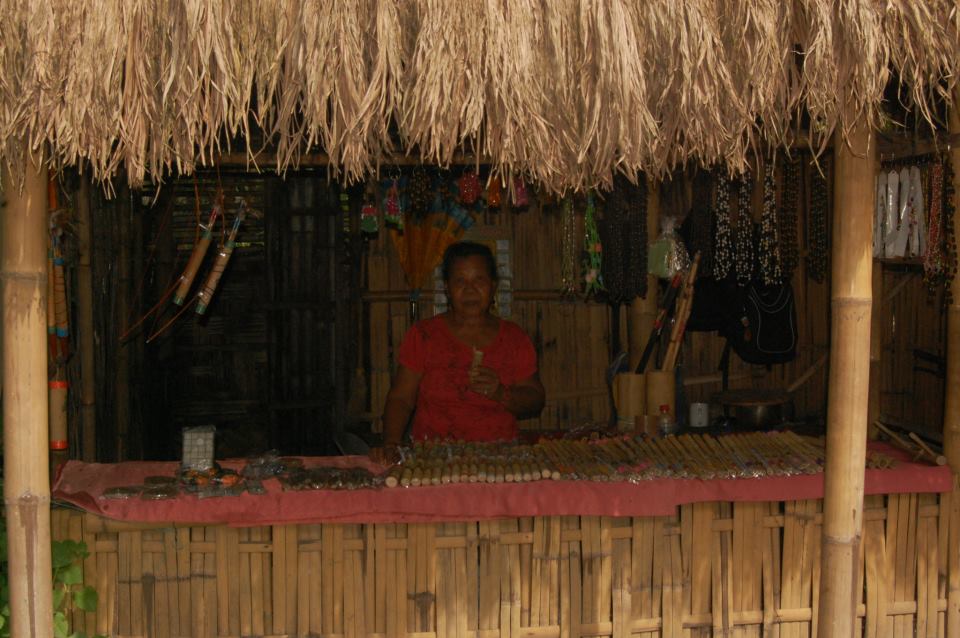 An Ifugao woman selling native Ifugao products for souvenir. The souvenirs come in cheap rates ranging from 20 Pesos to 100. 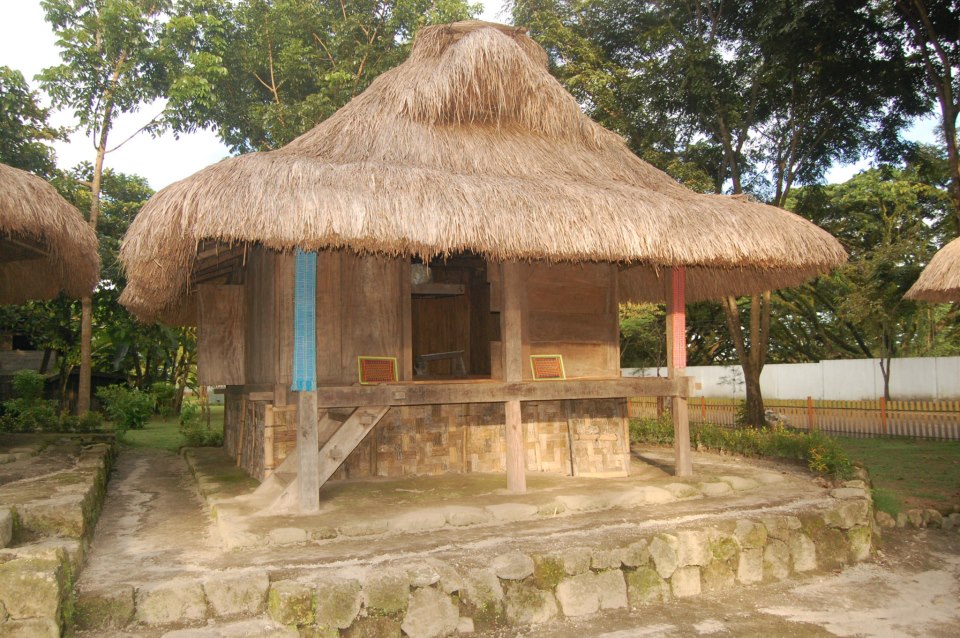 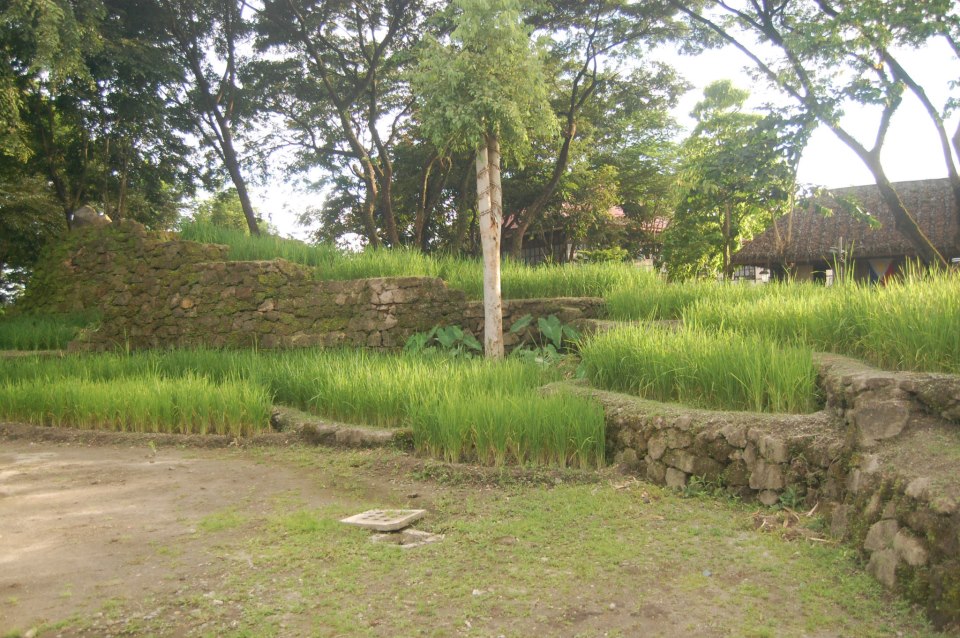 Their version of the Ifugao Rice Terraces 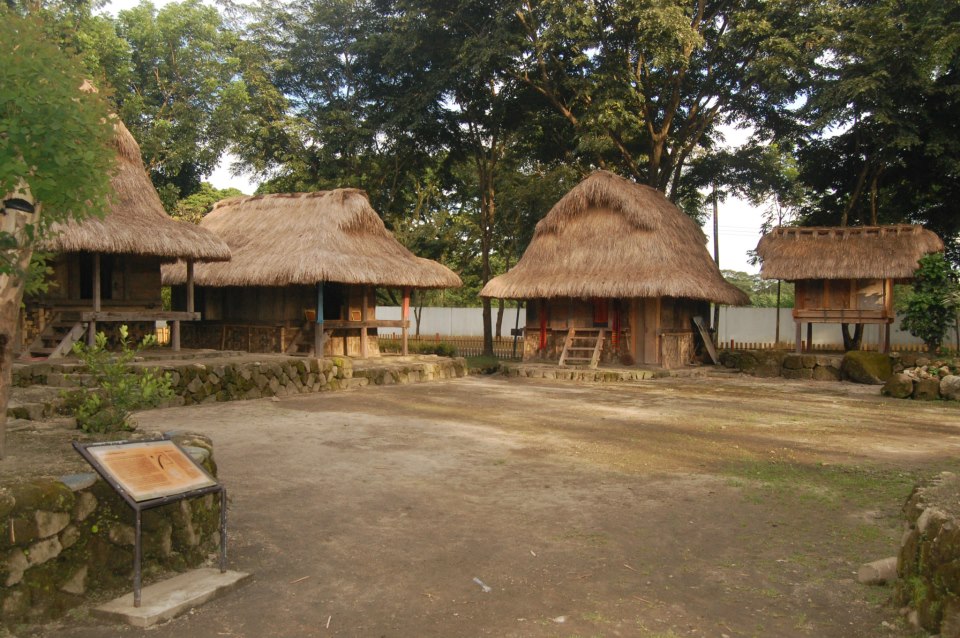 The Aeta Village as represented by small Aeta houses. 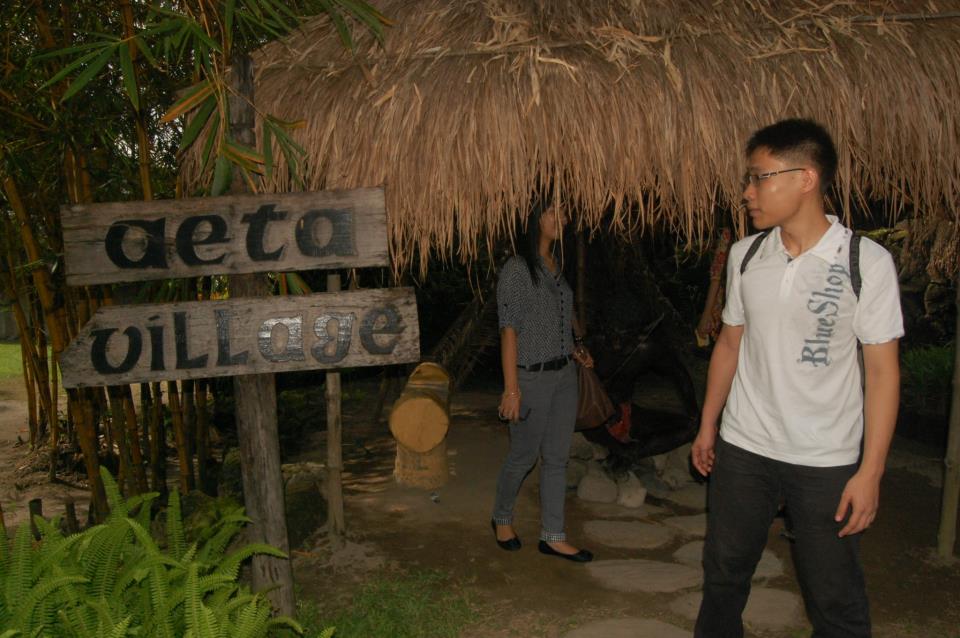 If you are coming from Manila, you may board a bus all the way to Dau Exit. From Dau, Walk a bit toward the highway where jeepneys or tricycles are available.  These vehicles can take you right up the Clark gate.  Another bus line, Philippine Rabbit, also has trips to Angeles, Pampanga, via Dau, and other buses going north may also pass by the area.  Ask the driver or conductor beforehand to be sure.